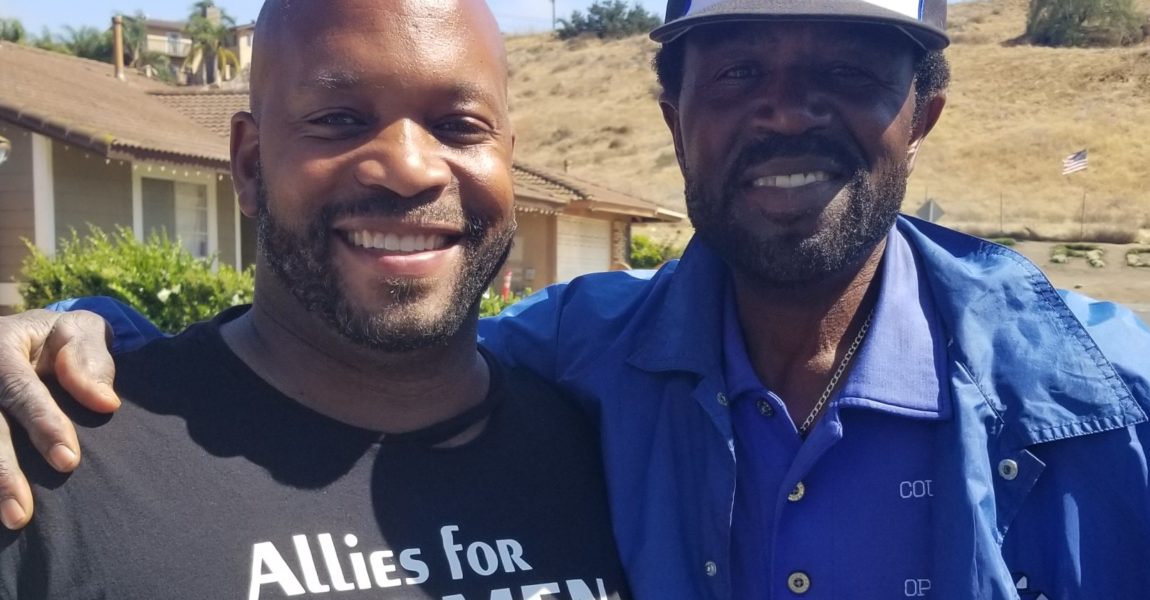 A couple weeks ago I was invited to be a part of the Human Library Project at La Jolla Country Day School. The basic premise is that students get a chance to check out human “books,” or guests who share their stories and answer questions to help the students expand their horizons.  I talked about my maternal grandmother Henrietta, about the sliver of difference between slavery and the $234 she earned in 1940 – ALL of 1940 – and about the generational impact of racial segregation. But the most important thing that happened to me was the 15 minutes I spent with the type of man this world needs more of. Let me tell you about Lee Sawyer.

Lee Sawyer had been employed by La Jolla Country Day for over 30 years.  He overheard me explaining to students about the discriminatory practice called redlining in which the federal government intentionally and systematically designated areas with large Black residential populations as unsuitable for home loan guarantees in the 1930s and 1940s. The wealth-stunting effects of that practice are a story for another day, but Lee had opened the door for me to a few really important lessons.

He was born into a fairly integrated portion of the Bay Area in the 1950s, but experienced a shock many African Americans of his era can relate to when he relocated to Thrall, Texas in the early 1960s. You see, Lee actually integrated his small high school in Thrall, which is 30 miles or so outside of Austin.  Many people don’t have the chance to listen to someone who lived such an important part of our country’s history.  Imagine, for a moment, being 10 years old and learning that you no longer have equal access to drinking fountains and classrooms with the rest of the children around you.  How do you even process that? I listened as Lee told me about his memory of JFK being assassinated and Dr. King being assassinated and then we got to the second really significant part of his story: the death of his brother.

His brother’s death was, as far as Lee tells it, a swimming accident.  But the more important point of the story is that although Lee’s brother had white friends, Lee wasn’t going to ask any of them to be a part of the funeral because he assumed they wouldn’t want to be.  Then, as if opening a new door and a new lens on the society he occupied, one of the young white men volunteered to help carry his brother’s casket. The next thing Lee Sawyer said stuck with me:.

“I decided in that moment that I’d never judge another person by how they looked on the outside.” Lee was a teenager.

This part of the story is so profound to me because we were sitting in a school full of teenagers and I was listening to a man in his late sixties talk about a profound shift in his thinking when he was a teenager.  That’s why this chance to engage these students was so important to me.  If we get it right, we might change their perspectives forever. We might take another brick out of the wall of xenophobia or permanently shatter a portion of a glass ceiling because the next leaders might be in that room.

Lee Sawyer has been dedicated to his work at La Jolla Country Day School for decades. He takes the same pride in his Skyline neighborhood that he takes in his work. He decided to transform a hill that was covered with trash and overgrown weeds into something better.  He maintains it and keeps it clean. He does this for no other reason than because he cares about where he lives. 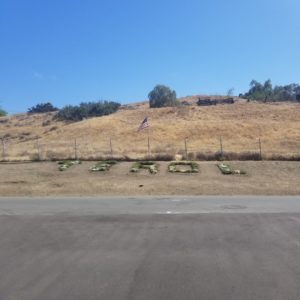 I went to participate in the Human Library project to give a little of myself to a few dozen students. Lucky for me, I stumbled onto a great conversation with a very good man named Lee Sawyer. And my life is better for it.